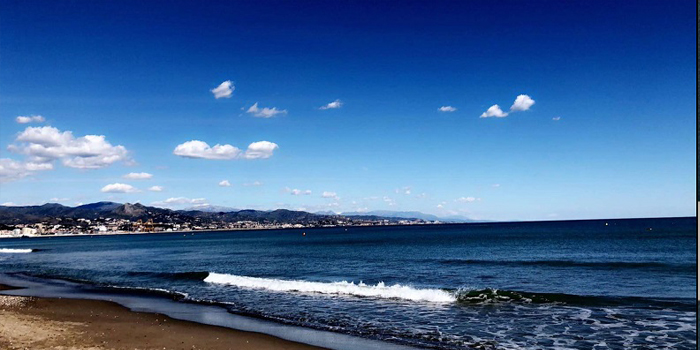 We wanted to make the most of Spain over our bank holiday. Coming out of the worst snowy winters of London, Spain was a ray of sunshine literally. Malaga was the perfect sunny with gush of wind every now and then.

Day 1: We landed in Malaga: The City’s name was derived from the word ‘salt’ because fish was salted near the harbour. The city was founded by the Phoenicians from Tyre around 770 BC. Malaga had a very tropical Los Angeles kinda feel to it. Palm trees and the beaches everywhere you look.

Our hotel Exe Astoria was right in the centre of Málaga. We had an early flight and decided to go straight to the hotel for food and quick nap. We were there during Holy Week, the Easter processions are among the most important and glamorous celebrations in Spain. Processions drumming woke us up and because we were on vacation, we didn’t want to miss out. People flowed like river following the processions with the rhythmic drums and trumpets.

Streets of Malaga: We had pretty much spend the day strolling around the city; 4.8 miles to be precise. The city was throbbing with activities; people having a great time, enjoying the good weather and TAPAs. Its all about Tapas in Spain. As you walk around the street you can hear the processions music in the distance . I loved the brightly coloured architecture of the streets.
Malaga Cathedral: Architecture of the building is very Renaissance style. Its beautiful like any other European Cathedral. I have seen so many that they all just look the same to me now.
Food in Malaga: Had the best Colombian coffee in Santa Canela – Malaga.
Prev
Next

Beach: I think this was our first trip to the beach as a family and I was amazed how much my daughter loved it. We weren’t beach ready but we had loads of fun. We sat down while Zaina played with the sand and collects sea shell. The beach in Malaga are mesmerising. The sound of the waves, feet sinking into the warm sands and the heat from the sun. Recalling the memories of Malaga makes me want to go back.

Working on the rest of the days – Seville, Granada, Gibraltar and Cordoba…